I know, I know...I just got off a plane and here I am, off again on another adventure. 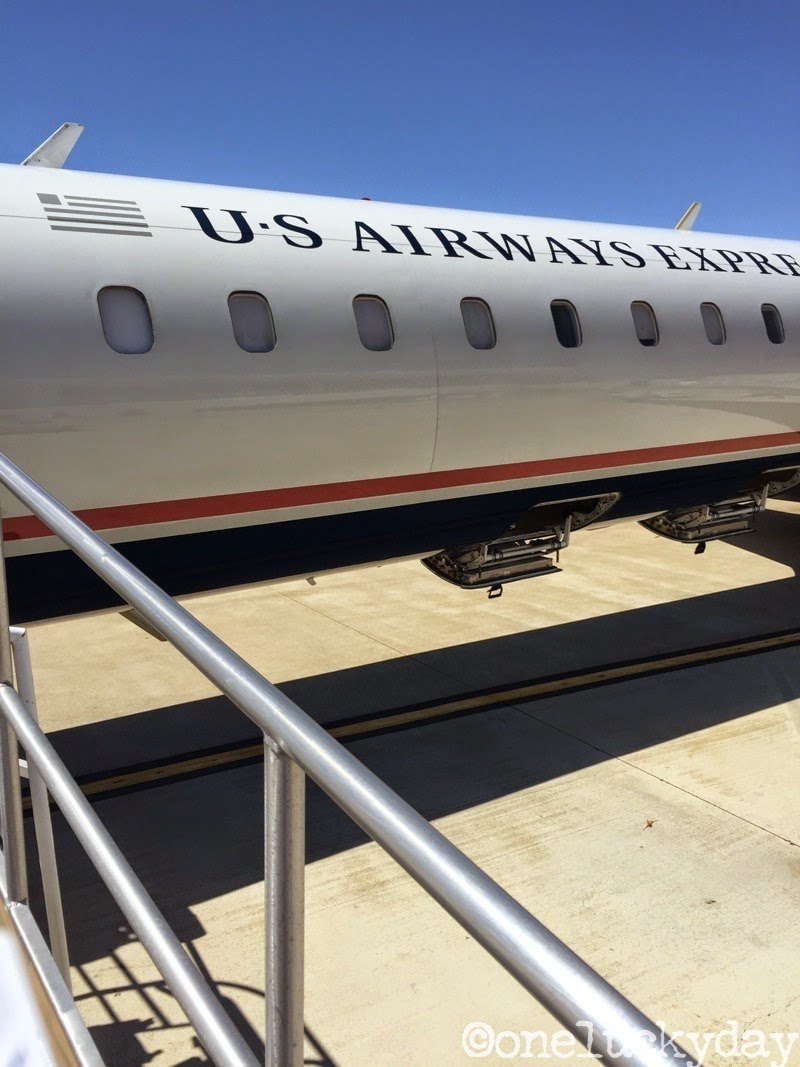 This time the destination was Junk Bonanza in Minnesota. 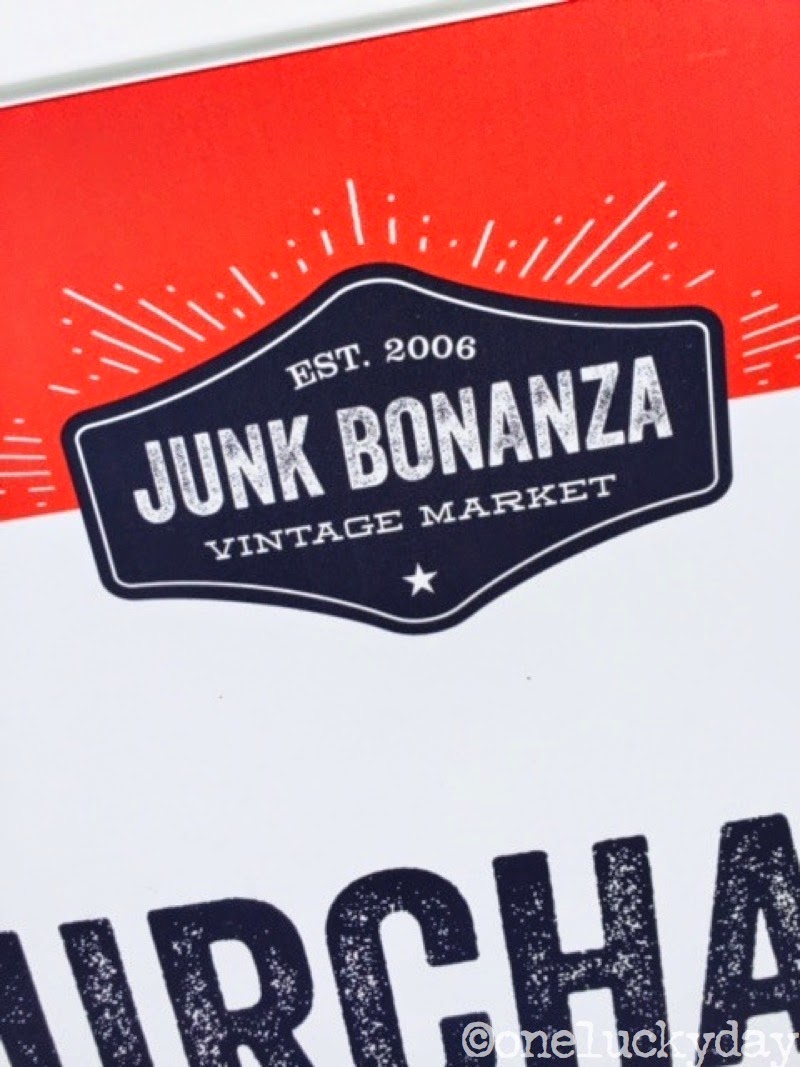 I met up with Richele in Phoenix for the second leg of the trip.  Always a good time when I'm with her!  She is such a lovely woman inside and out. 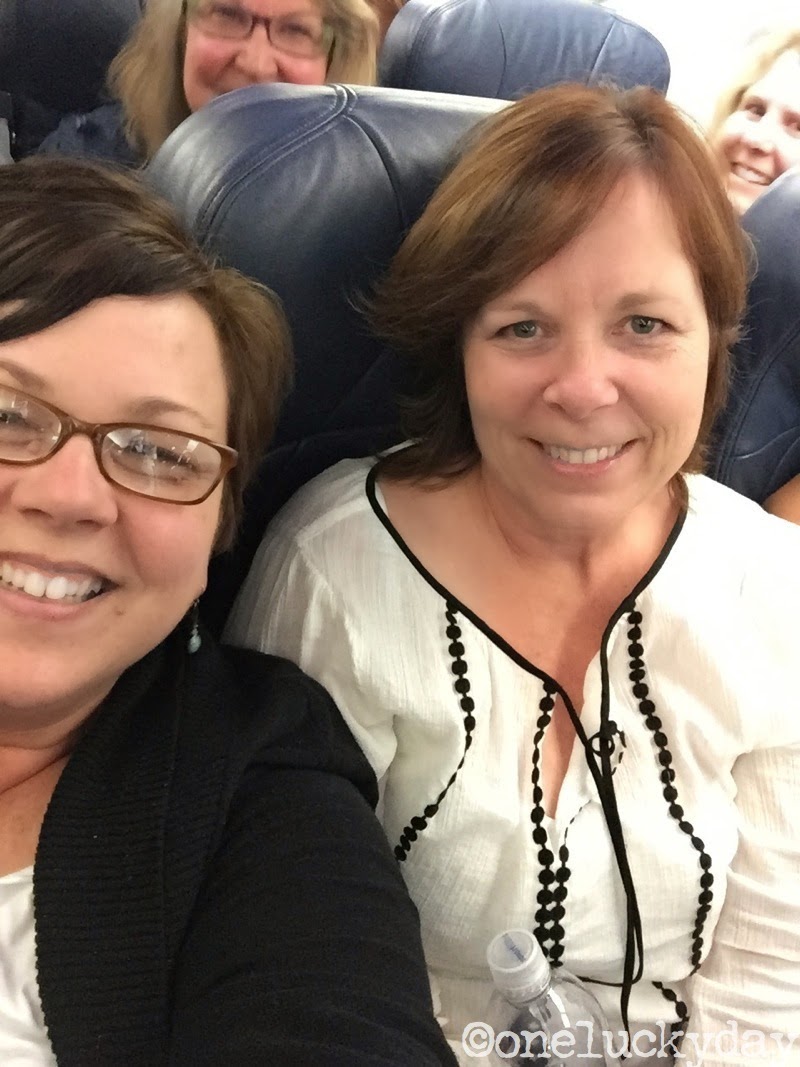 We got in just in time to have a good dinner with a couple of guys you might know and then we were off to get some sleep before the day of junking.

We had early bird tickets (which I highly recommend) to get in which gave us 2 hours to shop before the crowds poured in! 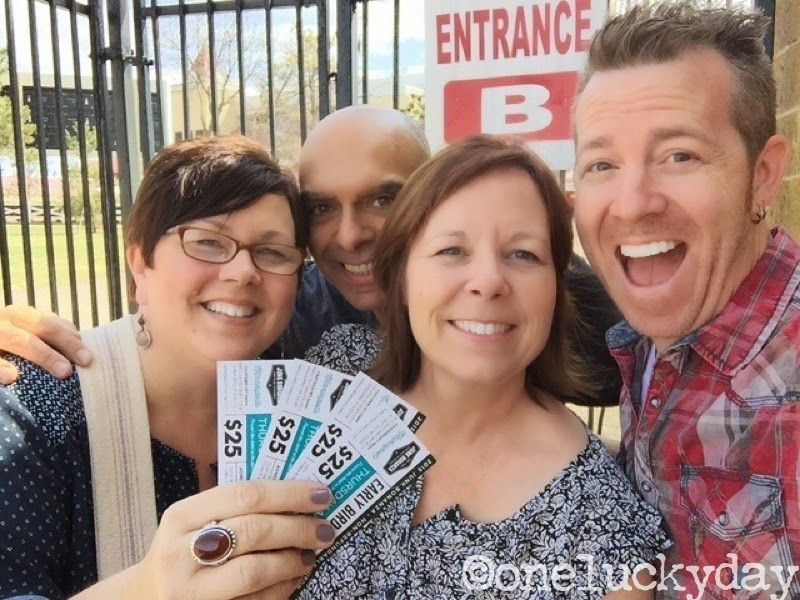 We saw lots of fun stuff...and this time, a lot of DIY stuff.  Not sure if I like that or not since I like the stuff before it becomes something else.
I am always on the hunt for group photos and used red tomato pin cushions but there were none to be found.  Lots of other things though! 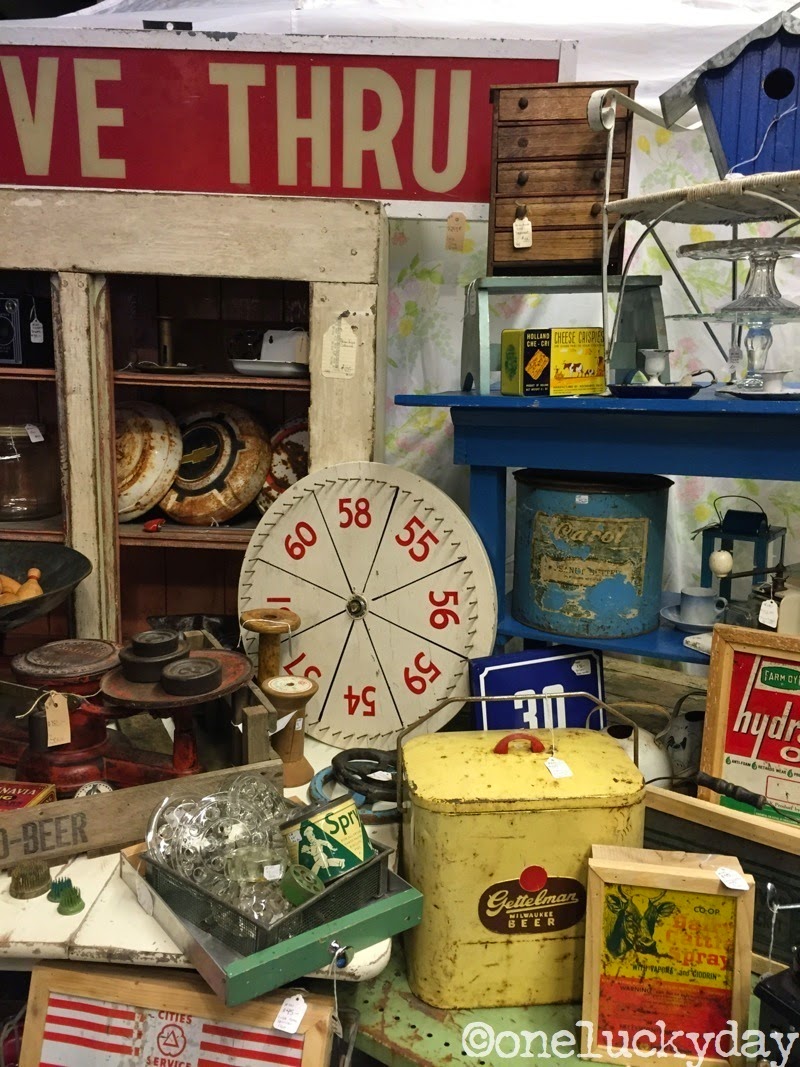 This stack of vintage suitcases got quite a lot big response when I posted it on Facebook.  I admit it they are wonderful. 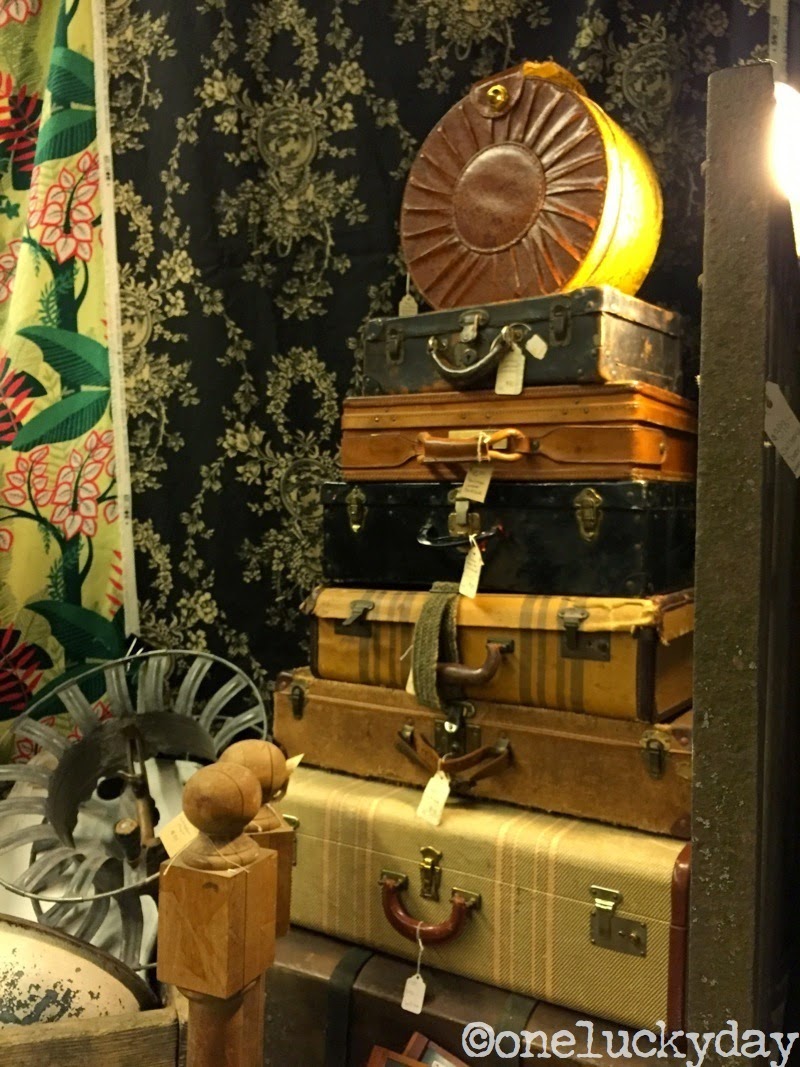 Mario stood watch by all our stuff while we shopped in a few booths. 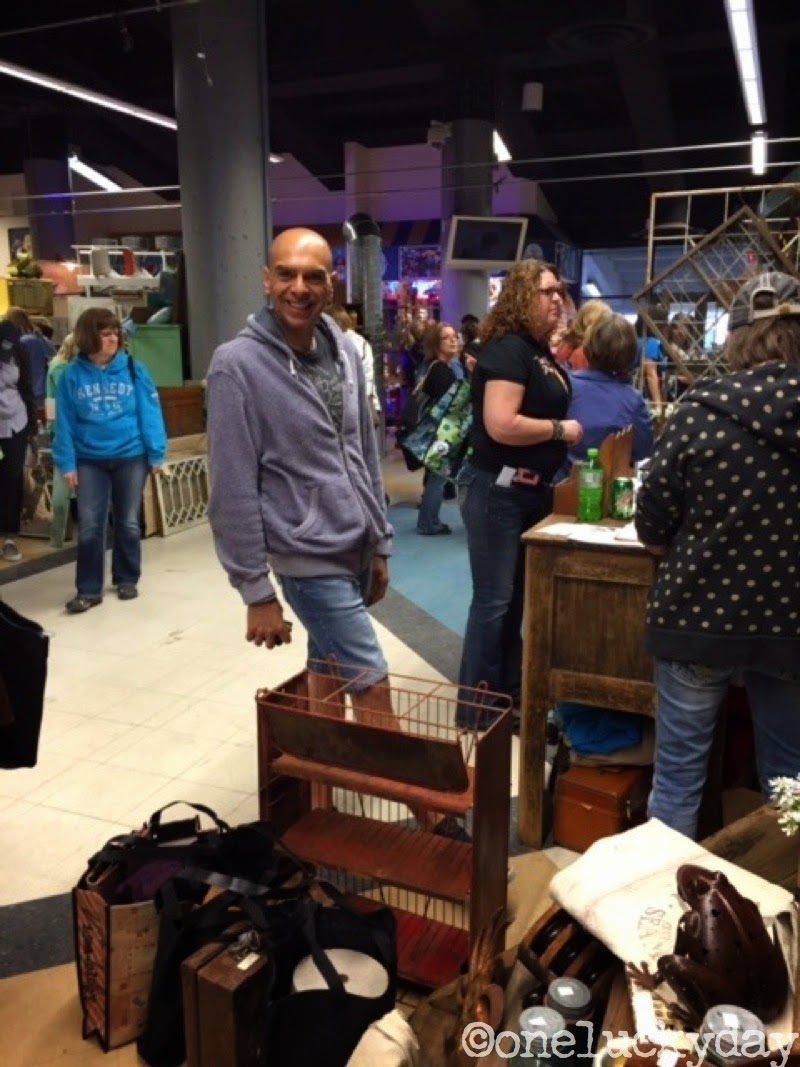 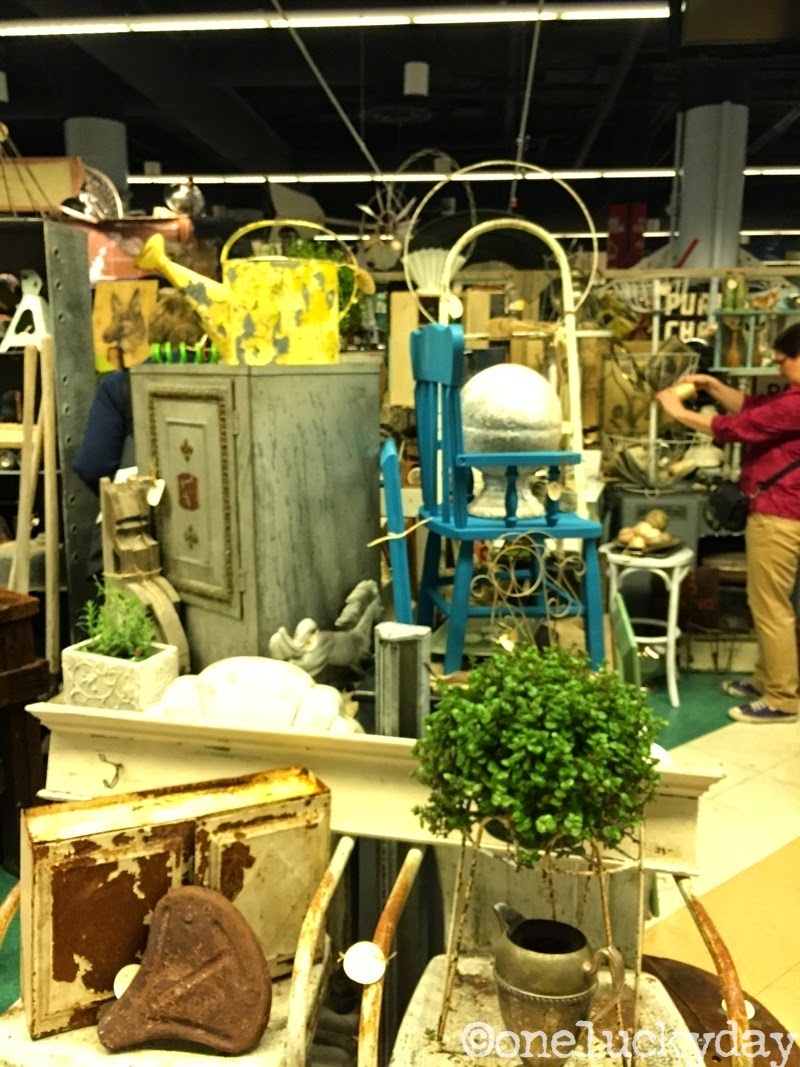 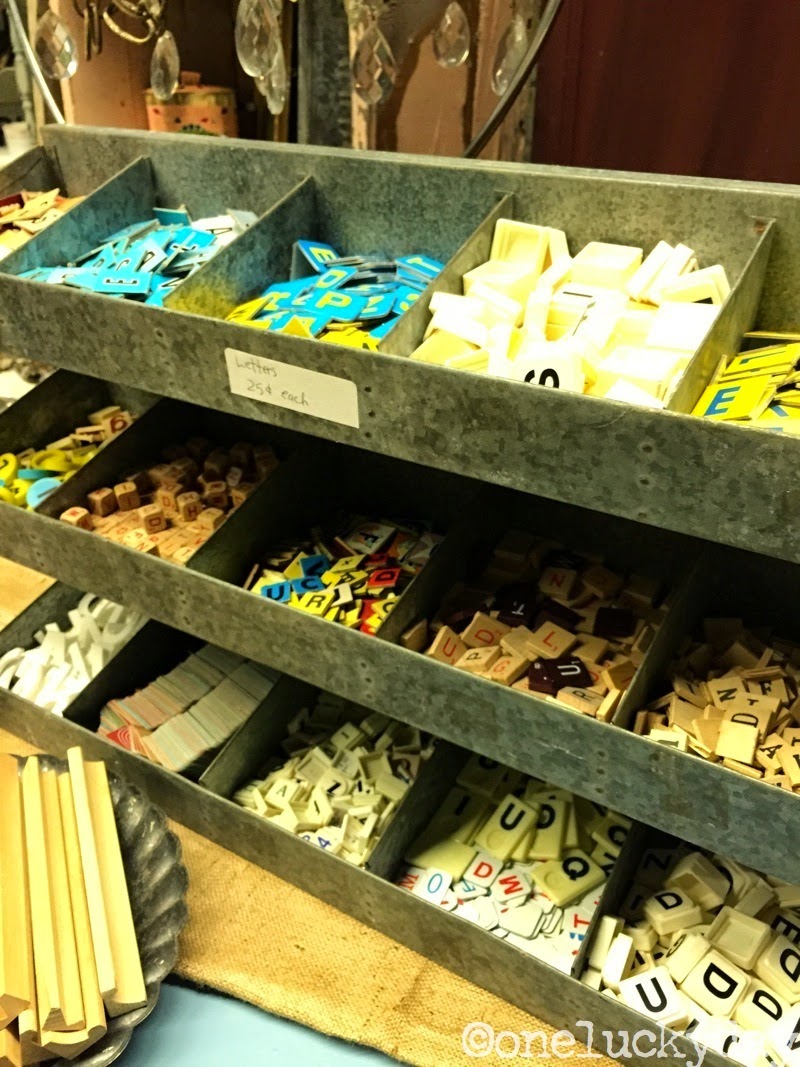 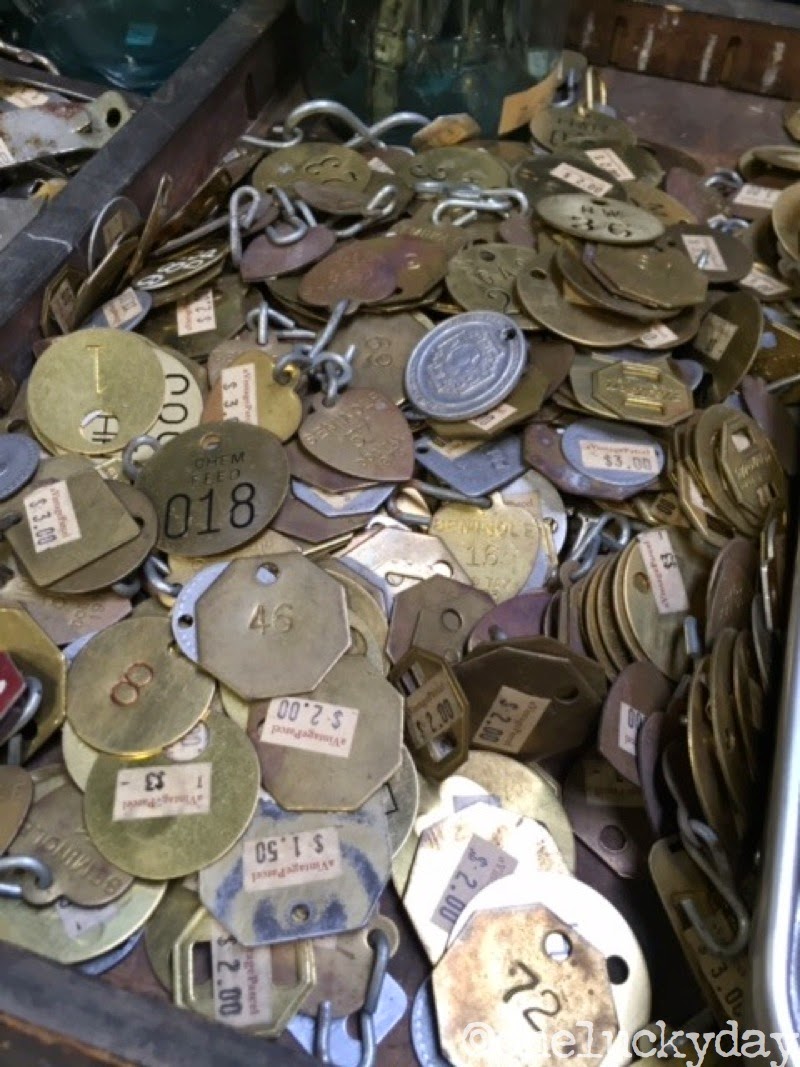 And the cabinet Tim spotted...a great deal (of course) and wow can you imagine all the stuff you could get in all the little drawers?  this one was a YES! 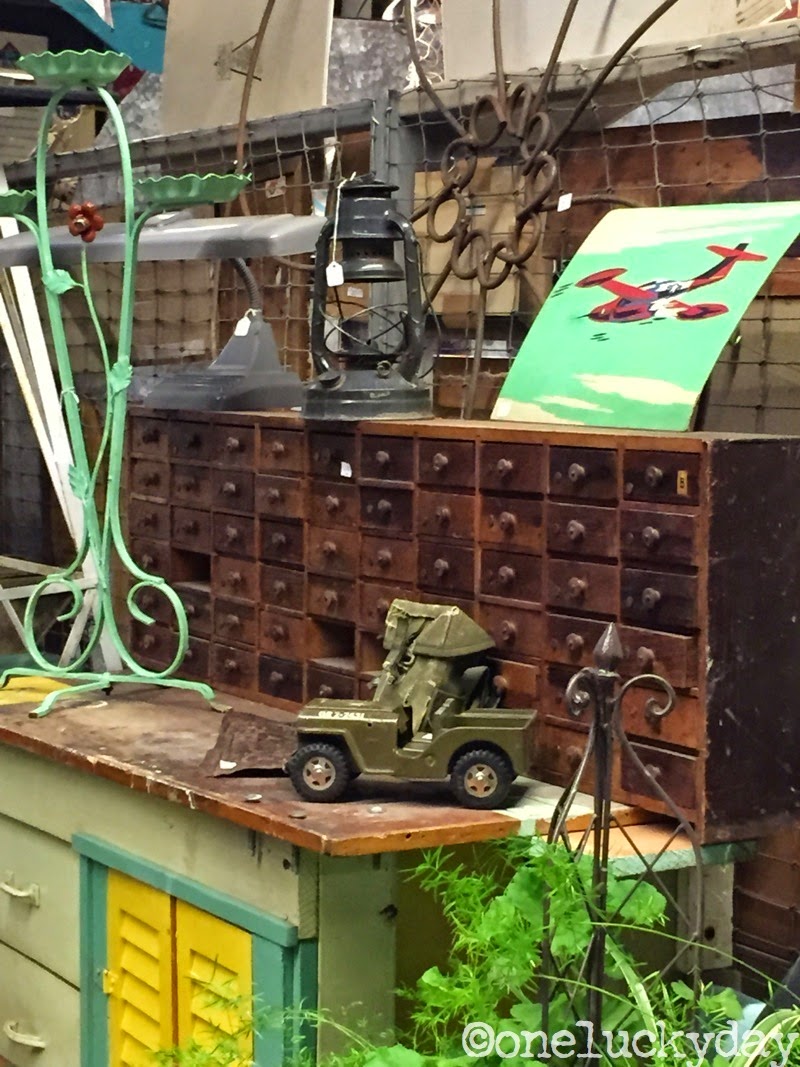 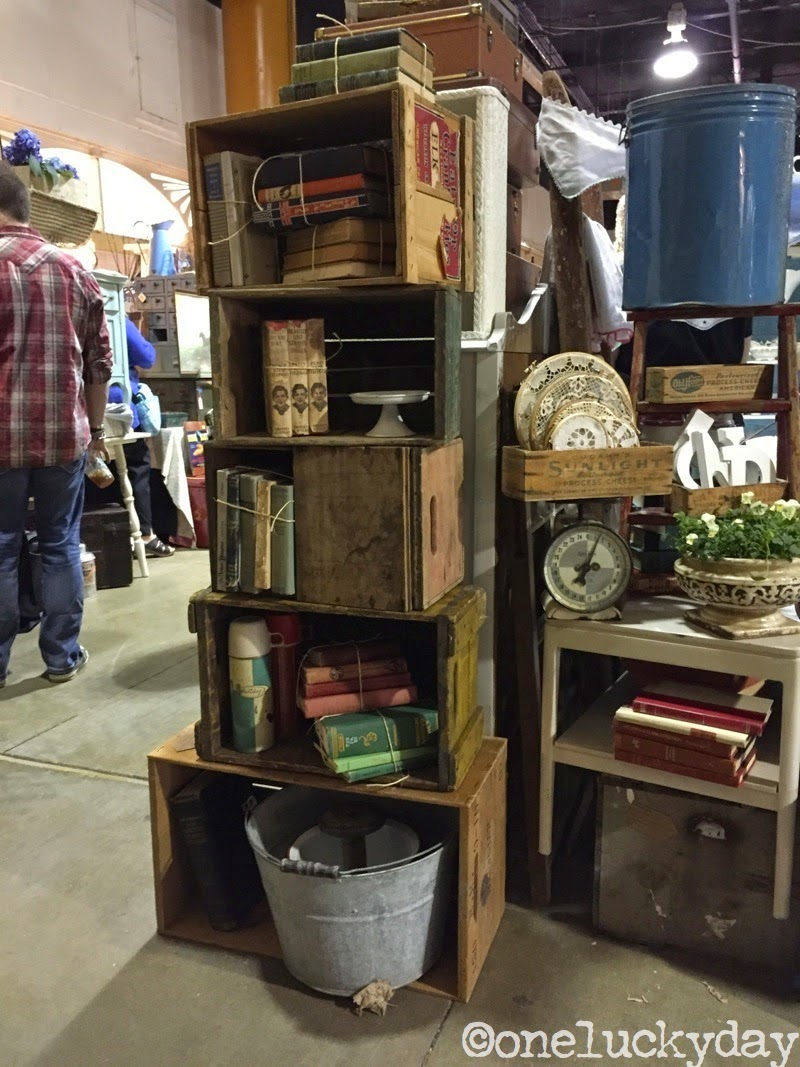 There were clothing booths... 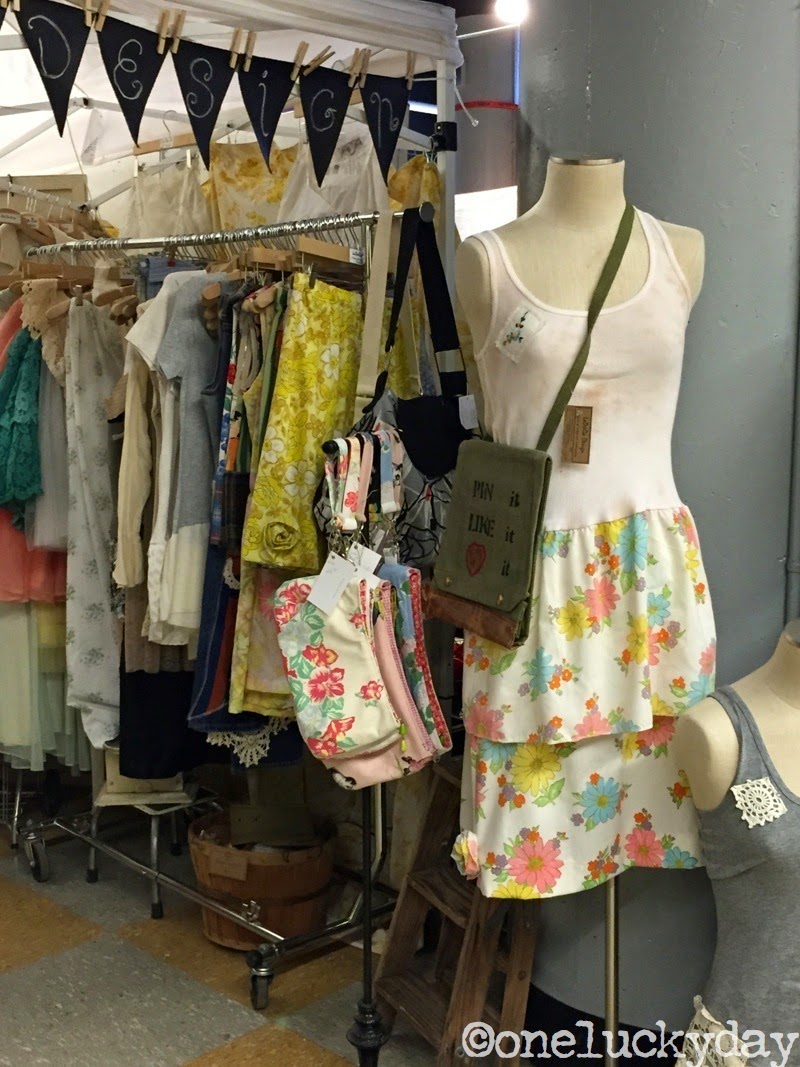 and booths with salvaged materials. 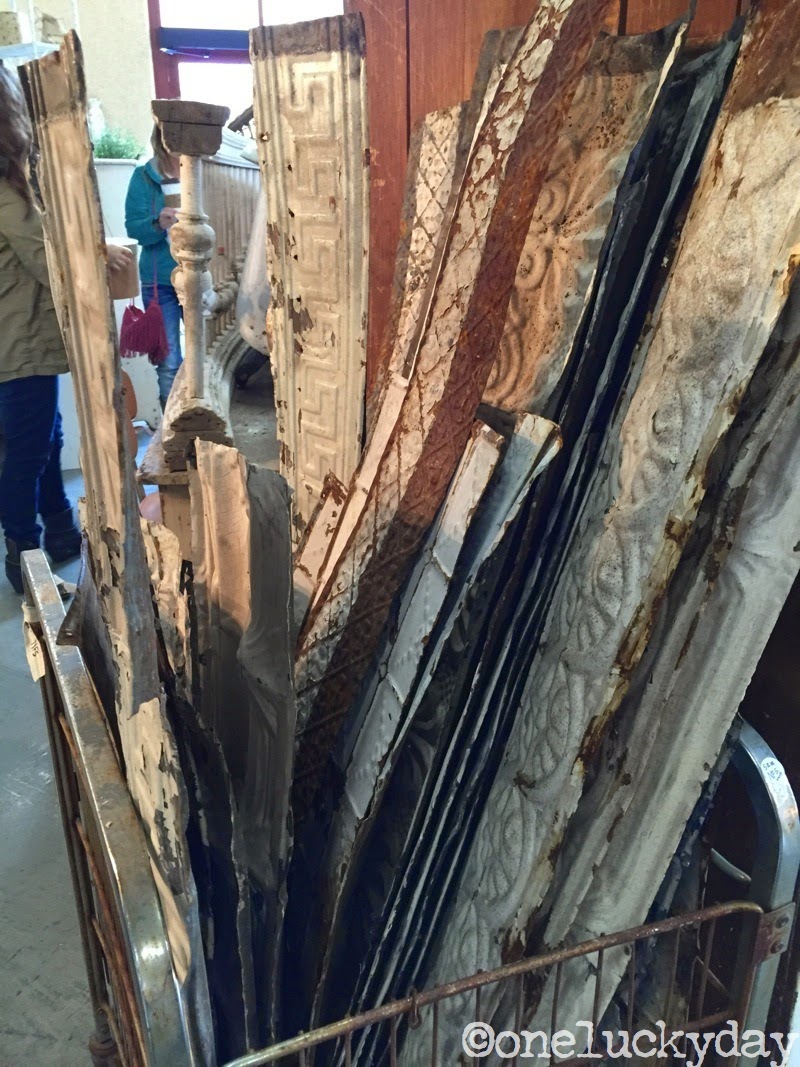 Some things come framed (lol) and yes, I took the silver frame home with me. 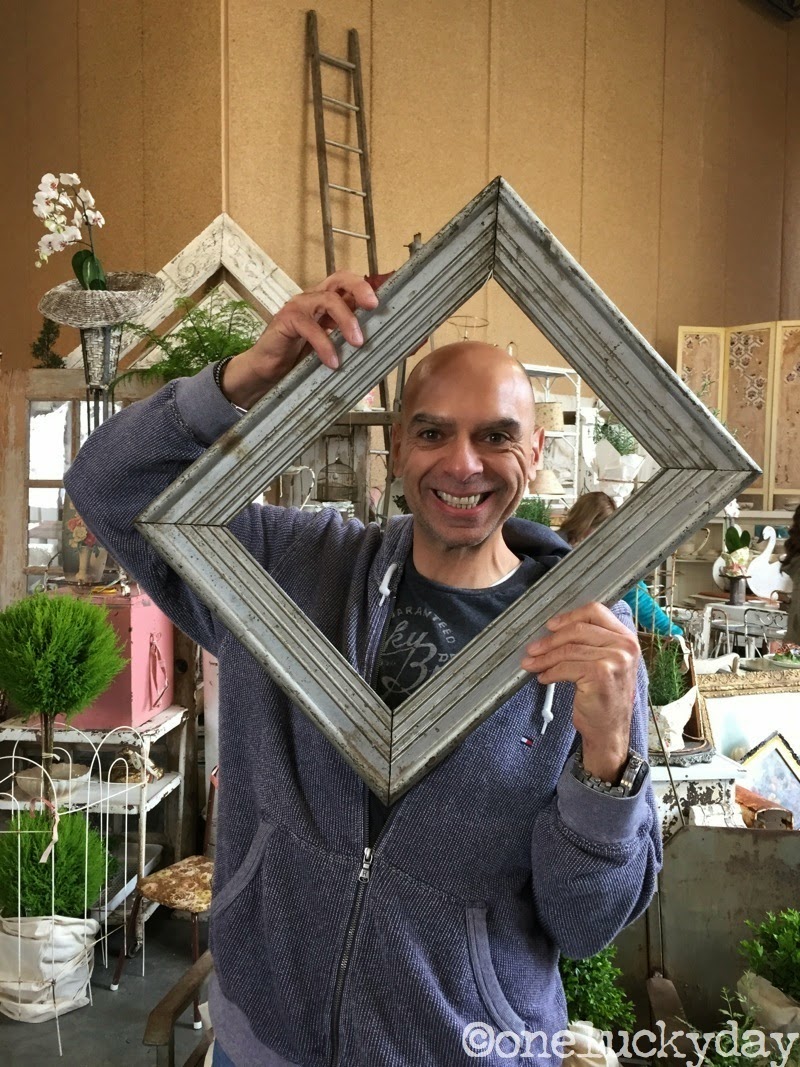 And some were way to big to fit into my suitcase (insert sad face). 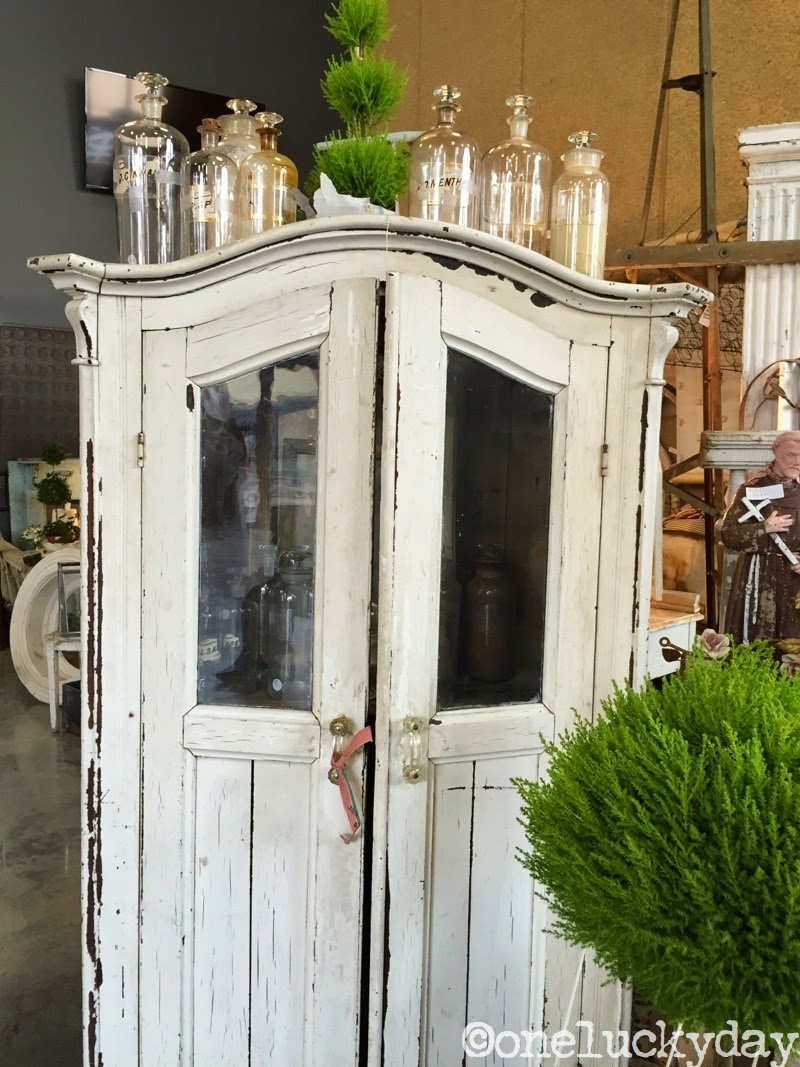 We wanted these black shutters but we were not sure how to get them home.  Probably should have said yes and figured it out later. 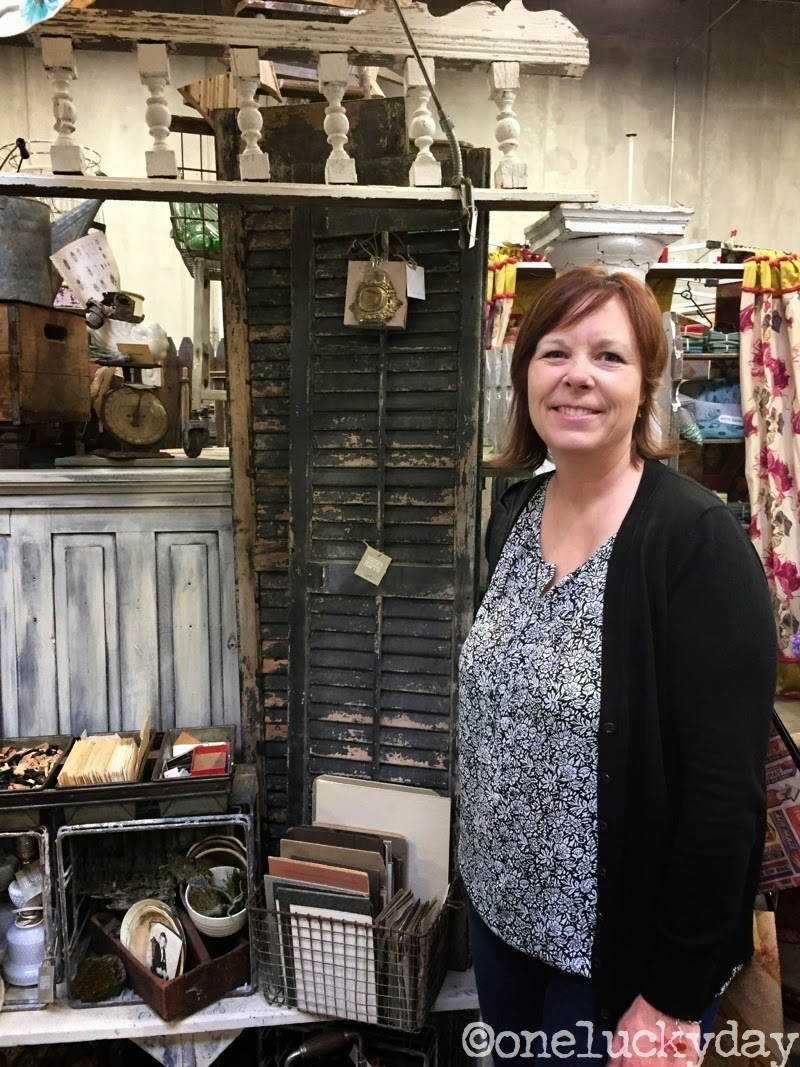 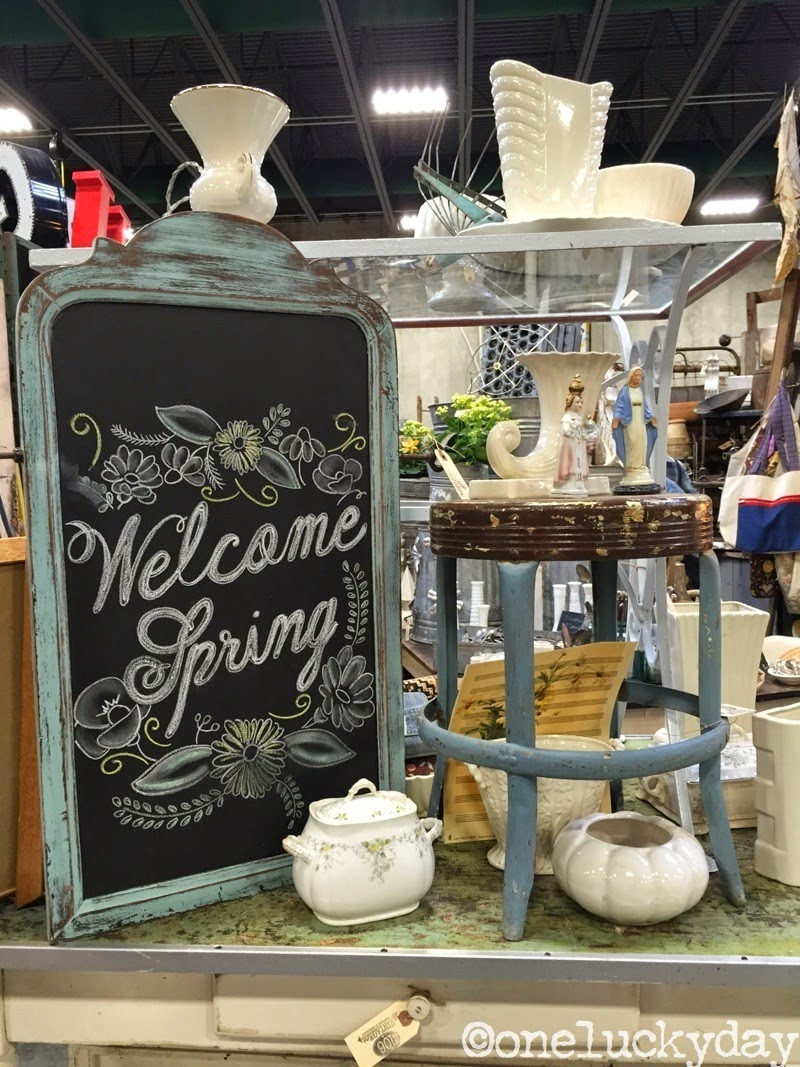 And small junk stuff to dig in. 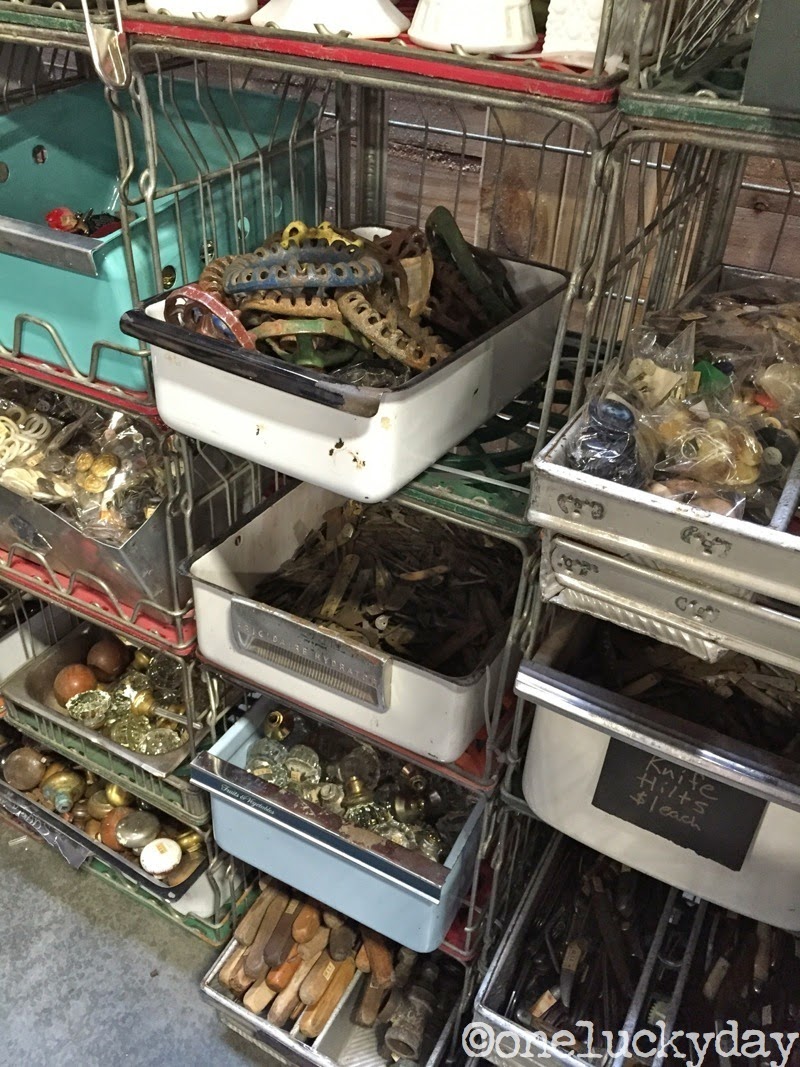 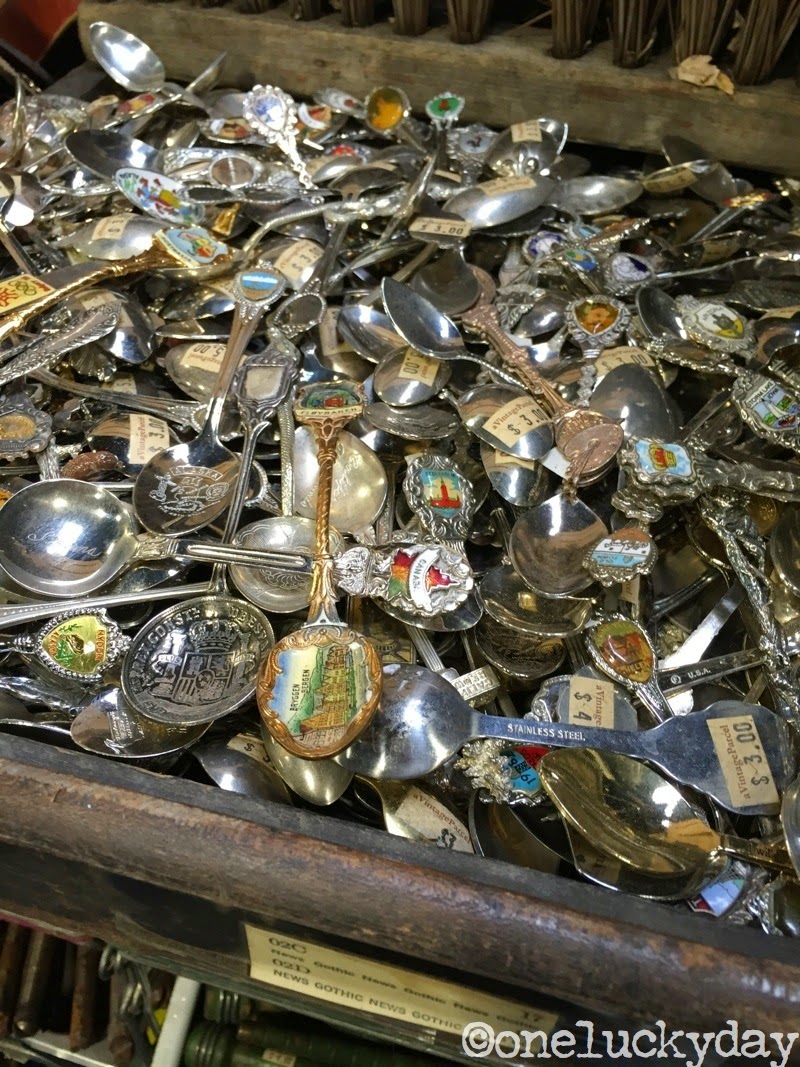 Well, the cabinet needed two people to get to the van.  Not a problem. 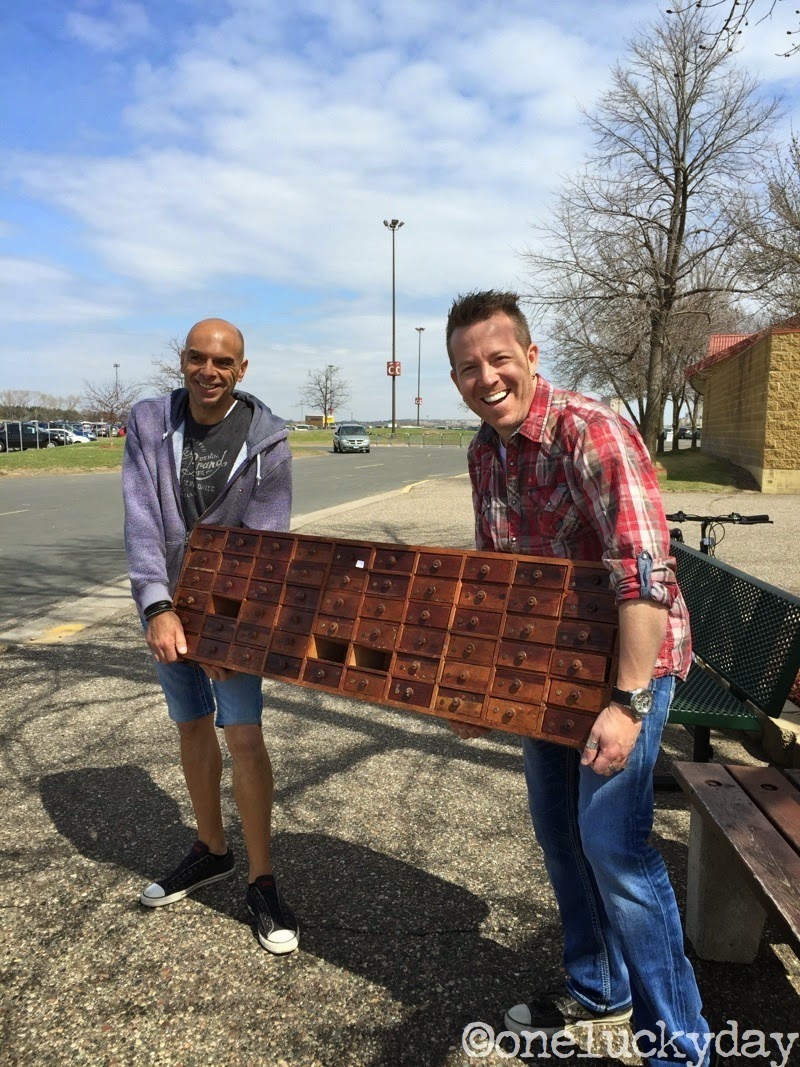 It fit right in with the last row of seats folded down.  Stunning right? 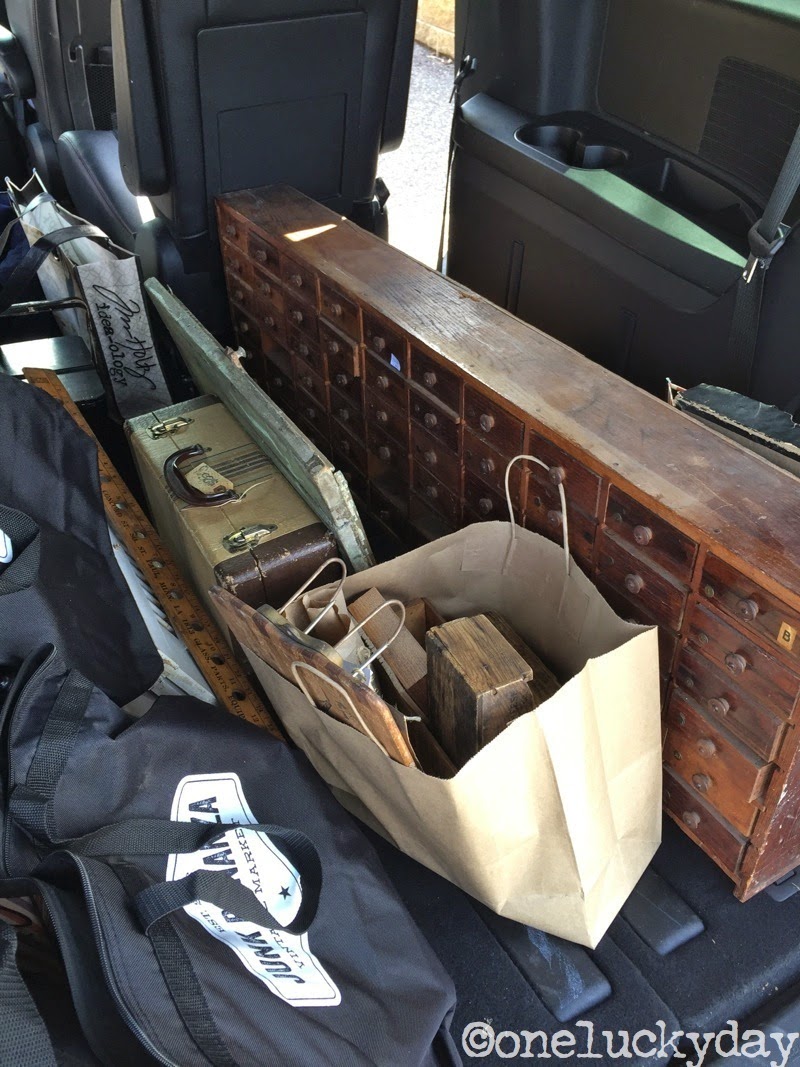 Then into the elevator with our TWO carts for packing (I got the little suitcase Tim is holding).
And where is Richele you say? 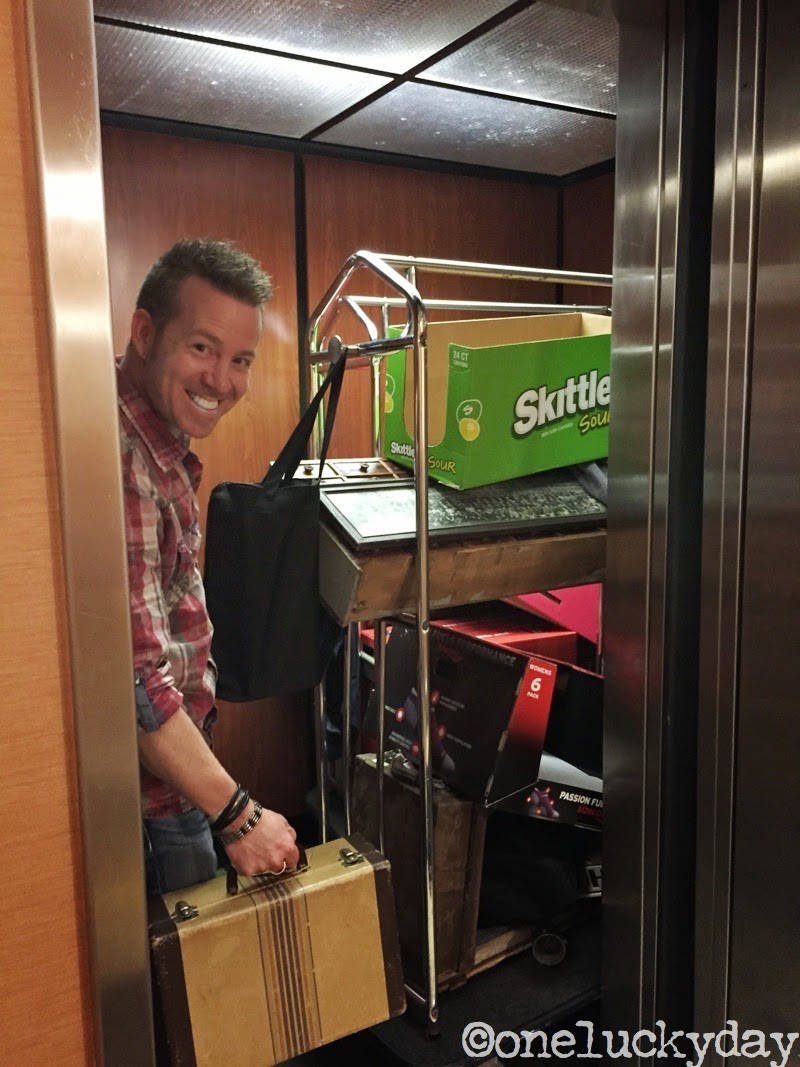 Well, right here behind the luggage cart.
We needed someone to be able to push the buttons on the elevator! 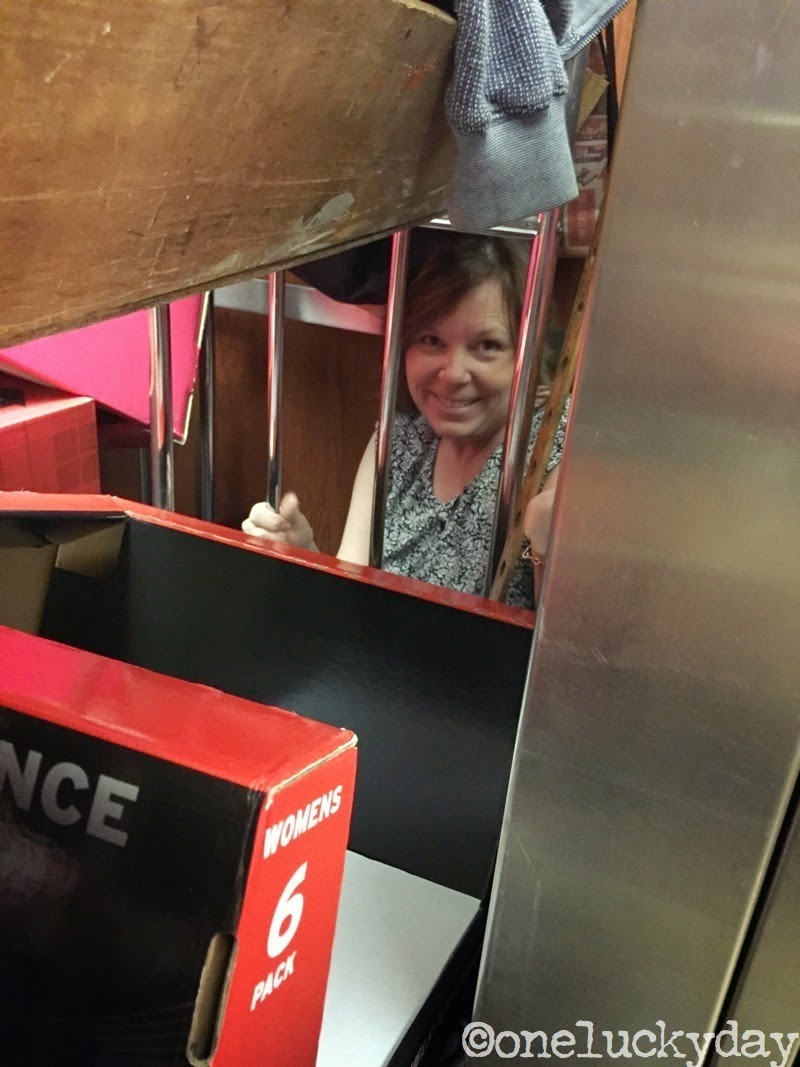 Later that night, Mario is done packing and labeling for pick up (should have got the shutters I tell you).  That is the cabinet all wrapped up like a cocoon!  Genius packer - seriously nothing stumps him.  Well maybe a stunning 8 foot curved balustrade that Tim really wanted.  We decided it would never get home in one piece so it stayed at the show. 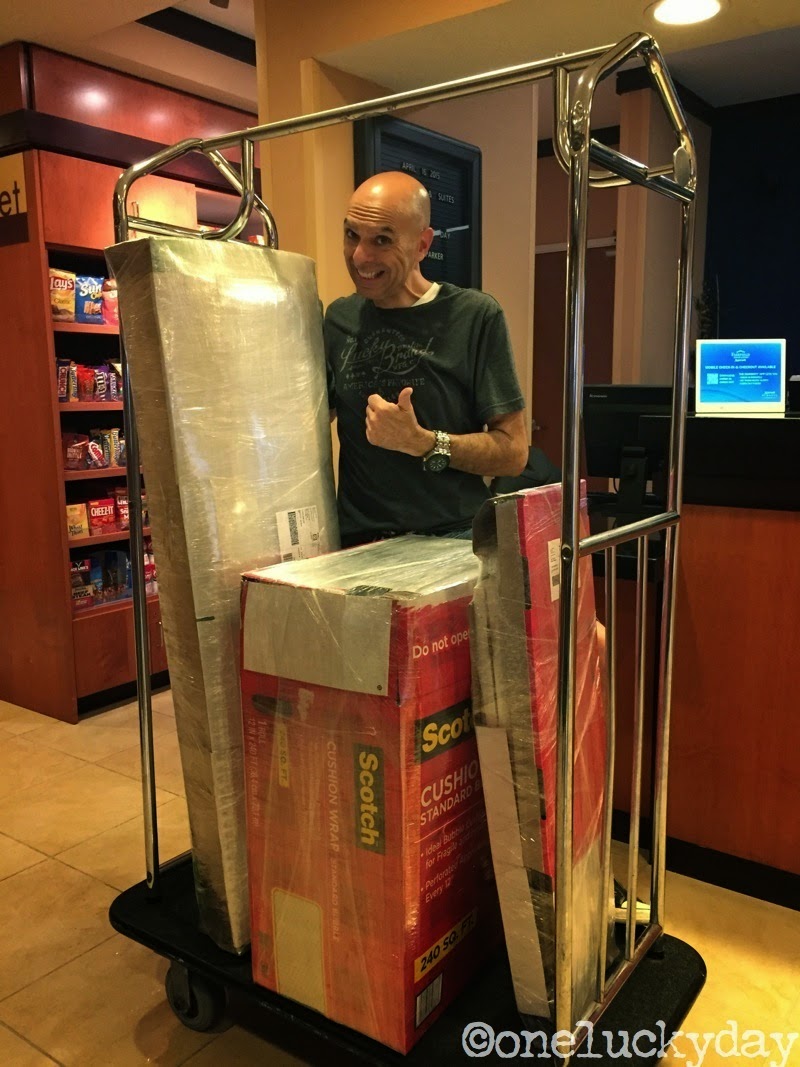 So that is my report on Junk Bonanza.  The next one is in Sept - you can check out their website for the dates.
I would love to hear if you have a favorite show you go to!
now carry on,
paula