What to do with a whole lot of junk...

Hi all! I’m back from the summer CHA show and wanted to share some pictures of the idea-ology booth.  It takes a team to set the booth and I was very lucky to have Debbie, Richele Christensen and Chelle Fowler plus the Advantus girls, Sarah, Rana, and Lindsey helping us.

Unpacking idea-ology is a a huge feat in and of itself.  We have 2 huge crates of props to work with that must be unpacked and set out before the displays can be done.  We have an additional 8-10 vintage suitcases that are filled with props and are stored inside the booth itself.  A lot of stuff, right?  Sometimes it feels like we will never wrangle that many props, but in the end we always do.  The things that are left after propping either get edited out or go back into the boxes for next time.

Deb and Richele in the thick of things. 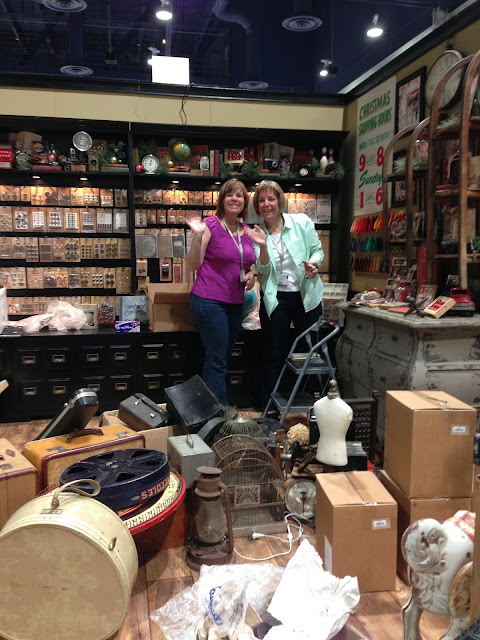 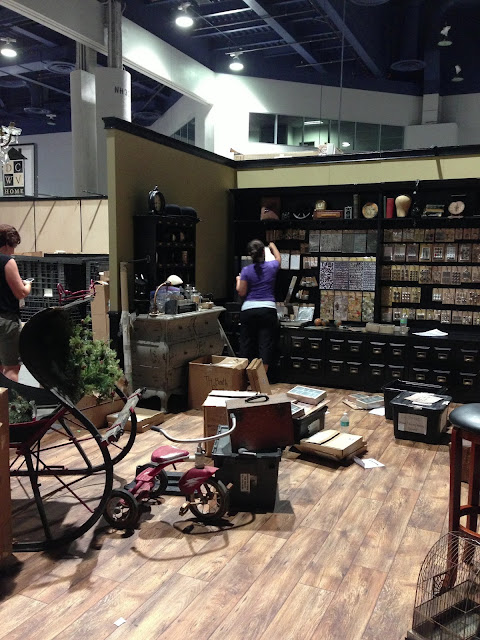 Tim, Kenny, and Sarah putting together the base for our "friend". 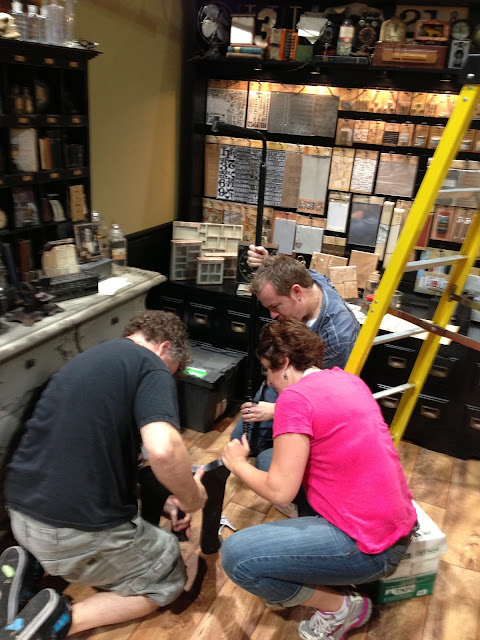 Our friendly electrician popping his head over the booth.  That was a little scary since Tim didn't know he was behind the washboard. 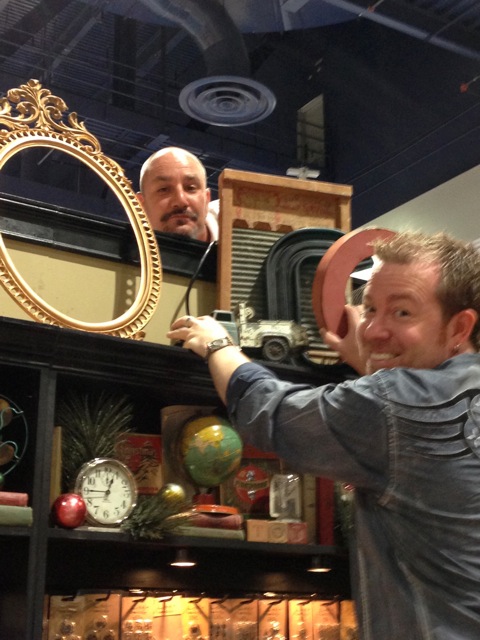 putting in the final touches 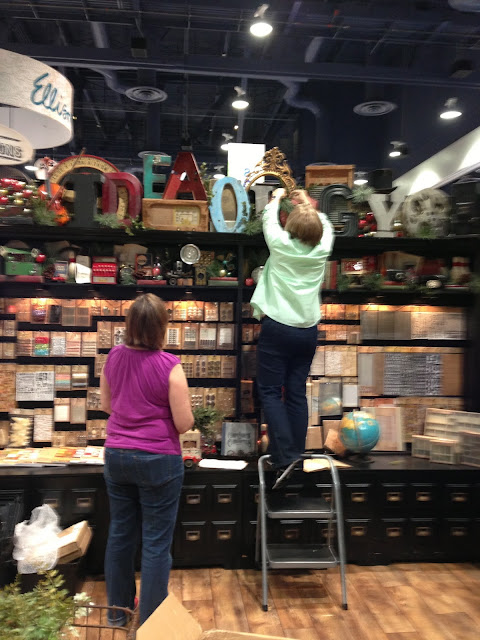 The seasonal show is a fun show to set.  We decided to do half the booth Christmas and half Apothecary, to go with the Laboratorie paper stash.  Of course, front and center is the fabulous vintage sleigh with 3 vintage chandeliers hanging above.  The backdrop is changed at each show.  This time it is one of the papers from the new Merriment paper stash.  I think it was the perfect choice. 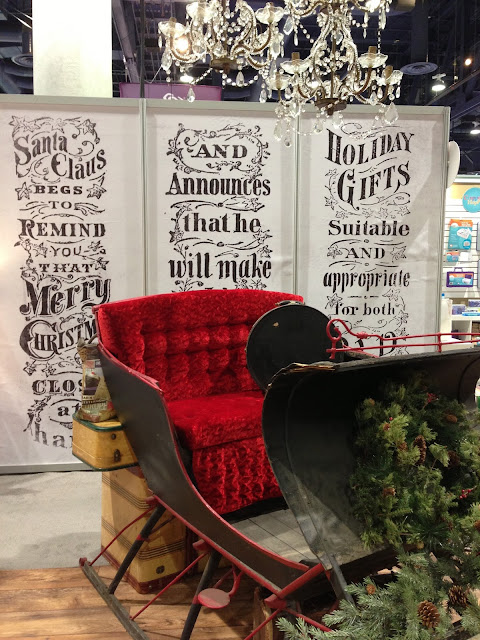 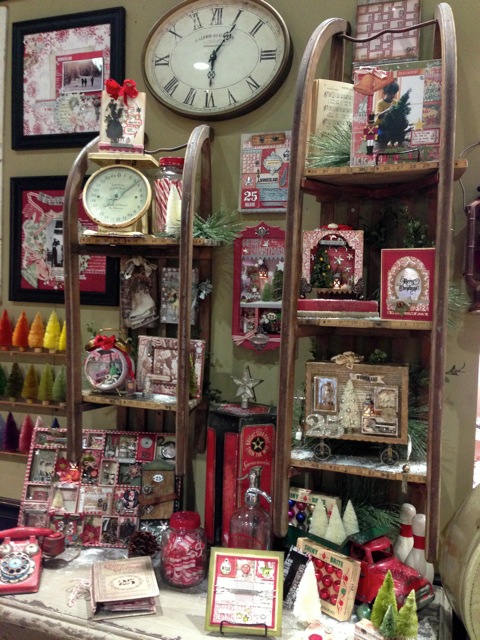 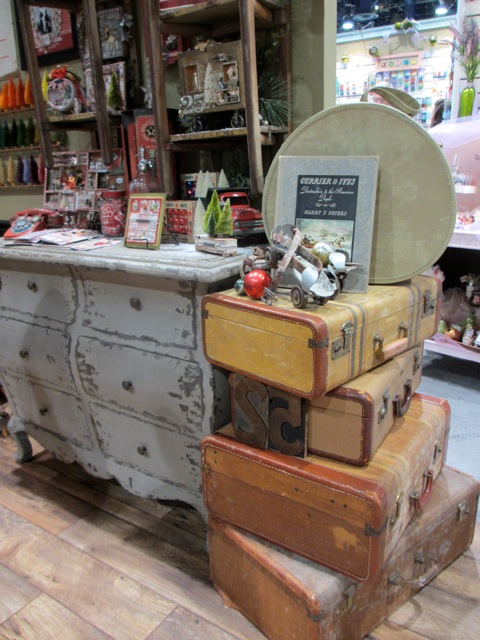 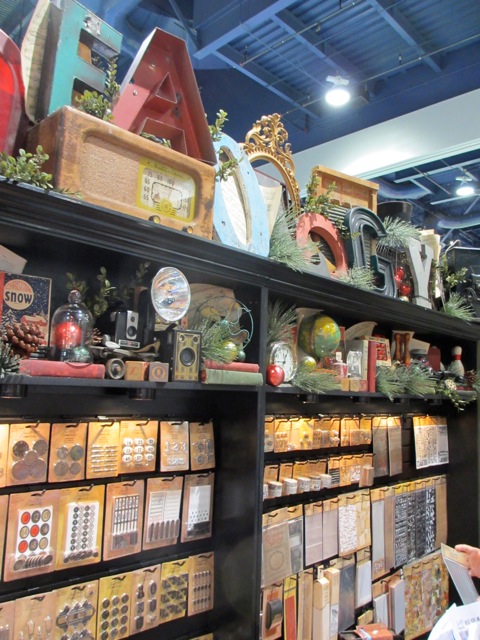 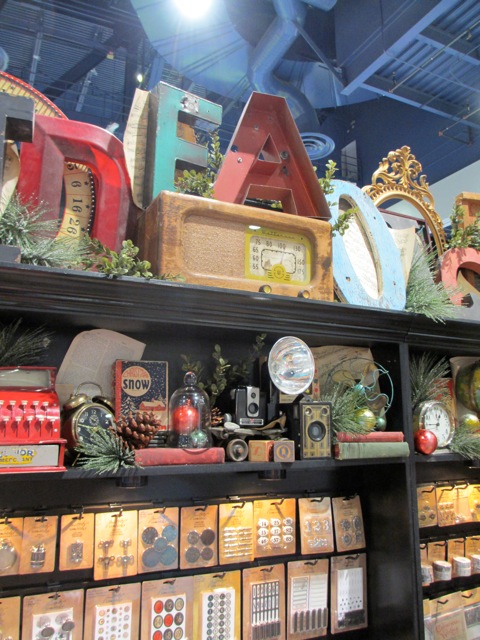 The Apothecary side of the booth was especially fun to set.  Tim bought a really great black cabinet to sit on top of the dresser.  It was delivered to my house so I could make the labels for each of the 15 pigeonholes.  Once at the show, the cabinet was stuffed with all kinds of vintage things, books, prescriptions, bottles...really anything that might belong in an apothecary shop.  We did manage to get in a few samples too! 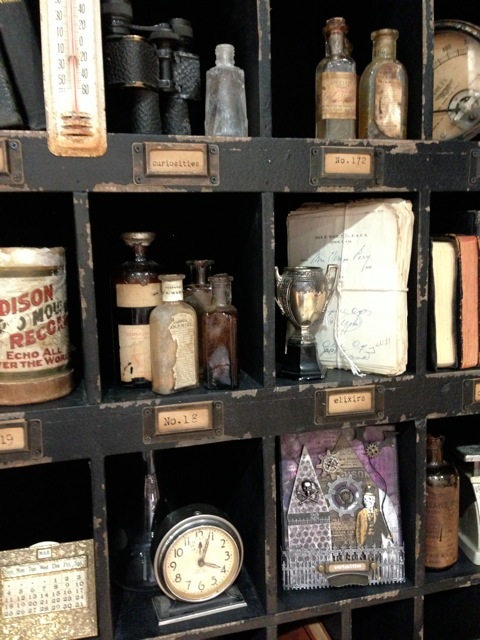 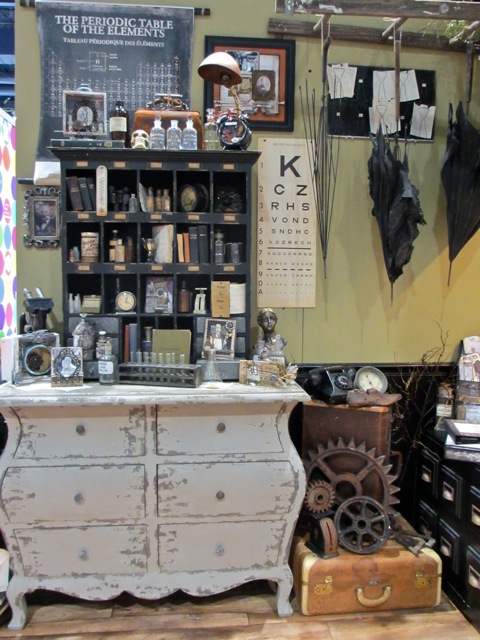 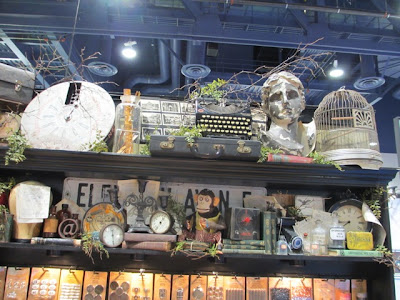 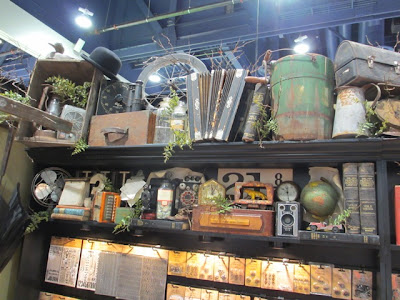 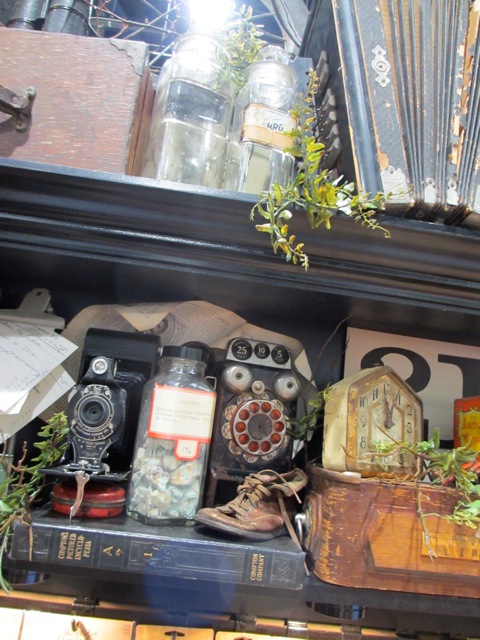 We also brought a “friend”, who was never formally named.  He was a great prop; so many people came over to took their picture with him, shake his hand or put the arm on their shoulder...he made for a lot of laughs. 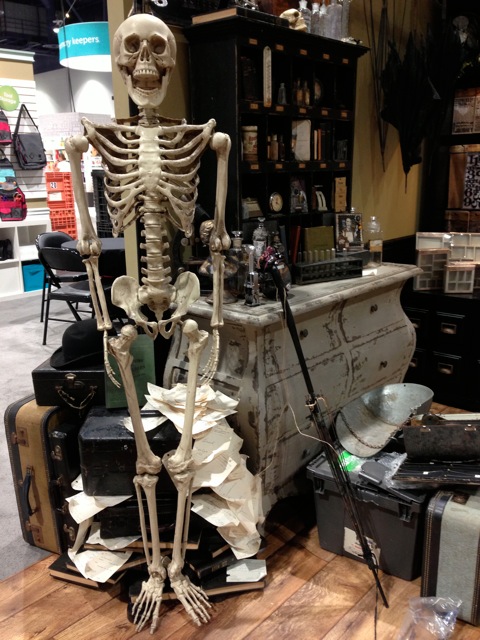 Deb and Richele taped all the old prescriptions together to look like they were tumbling out of the case. 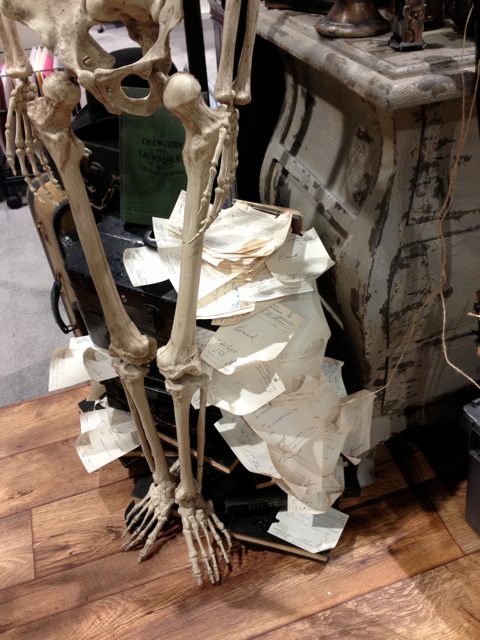 Well, I hope you have enjoyed a little slice of the idea-ology booth.  I love when people wander in and say, “I could live here”.  To be honest, I think I could too.

If you are interested in more pictures of the booth then stop over at tim's blog this week for an in depth look at each company he works with and samples.  Oh, and I believe he is giving away prizes too!
carry on,
paula
Posted by Paula Cheney at 1:00 PM