Thought we would show you the Lille paper wall up close today with a little explanation of how we put it together so you could recreate it at home.
You can make whatever configuration you like.  Debbie laid the trays/drawers out on her studio floor to find the right shape for our wall.  The real key was that Deb took a picture of each configuration so we both see (via email) all choices at the same time and then be able to recreate the one we liked later. 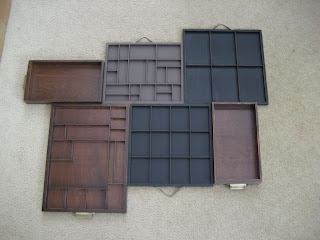 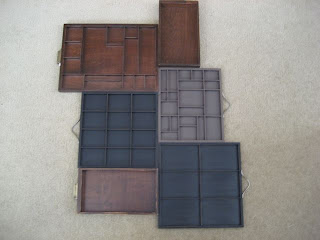 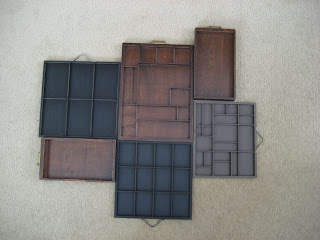 We used -
2 Library drawers
1 Artist PrintersTray
1 Letterblock tray
1 4 x 6 Photo tray
1 Shadowbox tray
Now the trays move to my house in California (the configuration is much too big to be mailed or fit in a suitcase from Debs) where my husband sanded the edges of the trays for gluing.  We made a pencil mark where the trays meet so he only had to sand the joining edges. 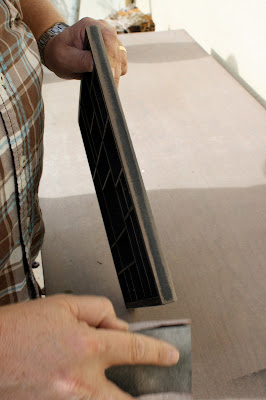 He started with the two center trays, which were the brown large Shadowbox tray and the black 4 x 6 photo tray...he just used plain old wood glue between the trays and then clamped them together for about 30 minutes before adding more trays to the configuration.  NOTE: Remember to cover your work surface with some plastic or newspaper.  My husband was gluing on the kitchen island so the granite need to be protected with some old newspaper. 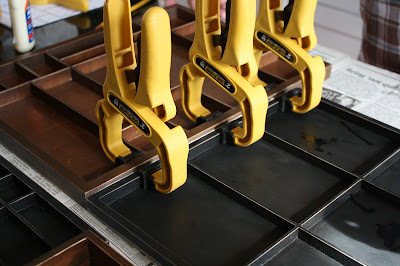 Once the clamps are on, use a wet paper towel to clean up any glue that squeezes out along the edges. Remember to clean up both the front and the back of the piece.  My husband had a little helper so he could hold the piece up and she could wipe away the glue. 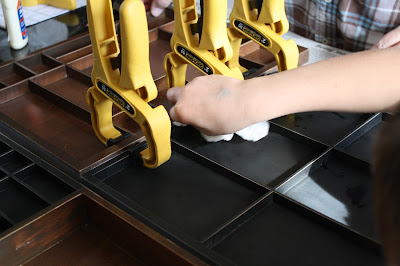 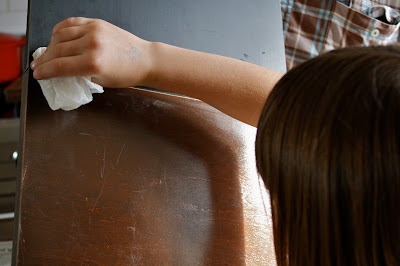 If you have enough clamps you could add more trays, as shown below, before the first set is dry. 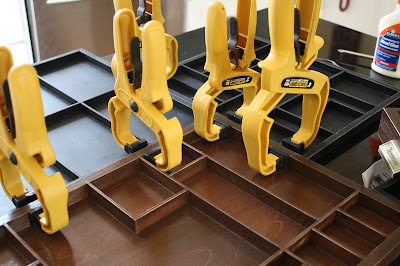 So once it was glued together I started to fill all the spaces with all the pieces of paper Deb had cut and then added items she had sent.   I let it sit for a few days while I gathered things here at the house and changed some things and added others to get it to it final state that was used in the show.  Here are some pictures that show the highlights of the piece. 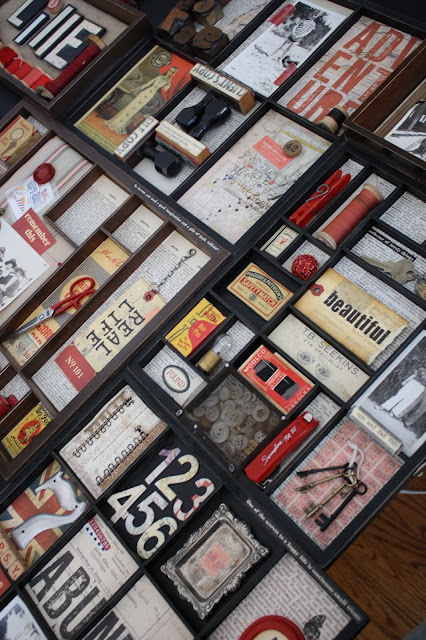 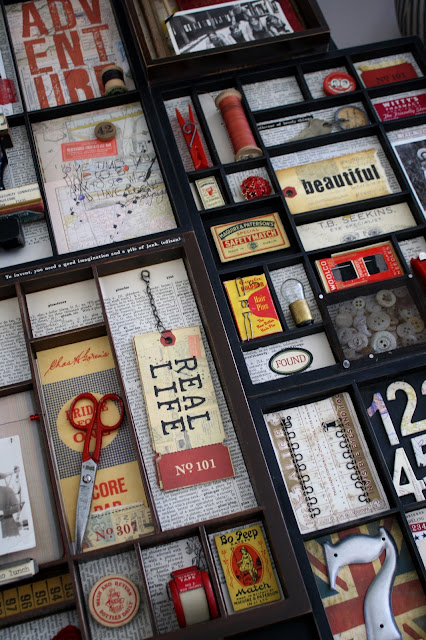 Well, we hope you liked the Lille display...a lot of work but well worth it.  I would venture to guess there were more photographs taken of this wall piece than anything else in the booth (with Debs rain of tickets taking a close second).
We'll be back on Wed with some Valentine Fun.
Meet you here.

Oops, I almost forgot...you can read about what I got to do after CHA here.
Just fabulous.
I mean, who gets a private class with her? and then brings along her good friend Jenny?
lucky girl.
Posted by Paula Cheney at 8:02 AM