Back again with the second of the two Layering Stencils that were released last week, Holly Bough. 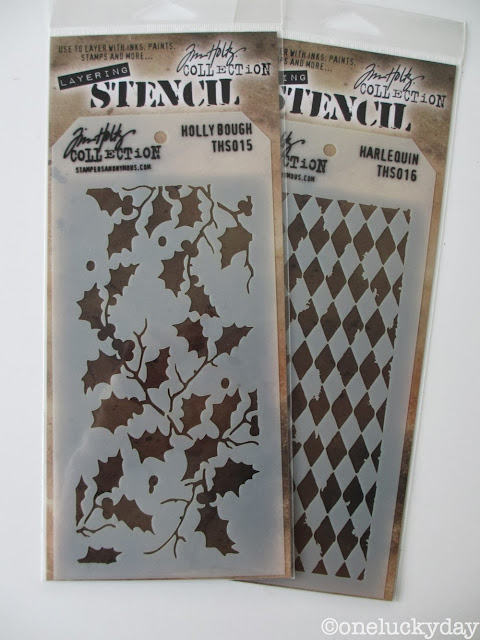 For some reason I just kept thinking glitter.  Stickles Dry Glitter in Platinum to be exact.  My favorite color of all!  We use this glitter in the Gilded Christmas Box class and it sells out at every single store! The color is just the right mix of gold and silver.  Perfect for Christmas in my book!
I cut a manila card, laid the Holly Bough stencil on top and added a layer of Wendy Vecchi's Translucent Embossing Paste over the top with a craft scraper.  Then I just poured the glitter over the top.  It was just that easy... 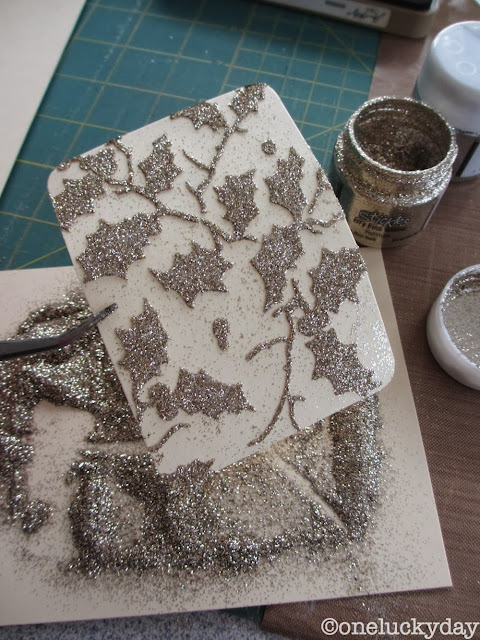 Once the Embossing Paste was dry, I used the Sizzix Alterations Mini Baroque Die and my Vagabond machine to cut out this great shape.  Perfect for a gift tag! 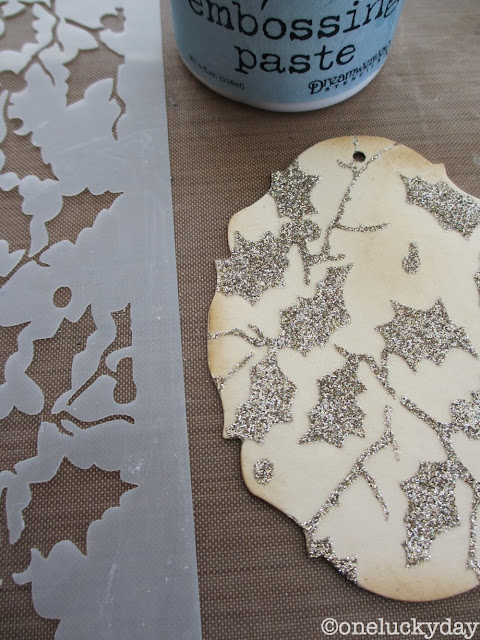 I suppose I could have cut the shape and then added the glitter but this way gave me a clean cut edge where the glitter runs over the edge of the tag. 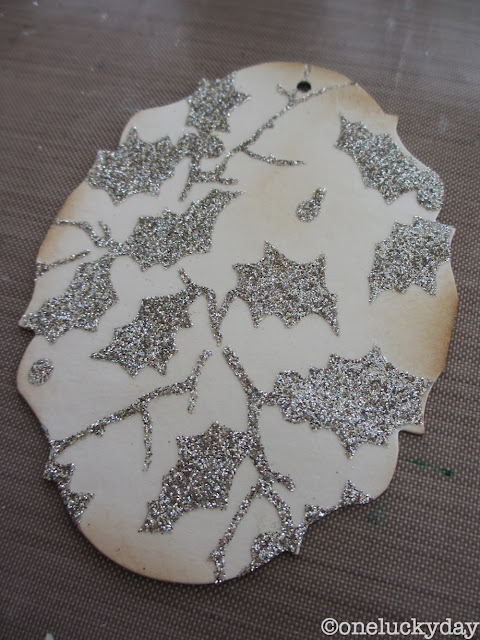 I came up with a few additional embellishments.
Stamp the back with a nice Christmas sentiment using the Deco Christmas stamp set.  That fits quite nicely! 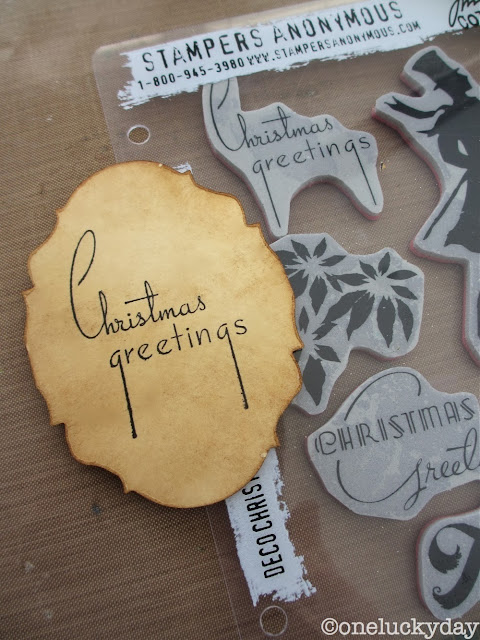 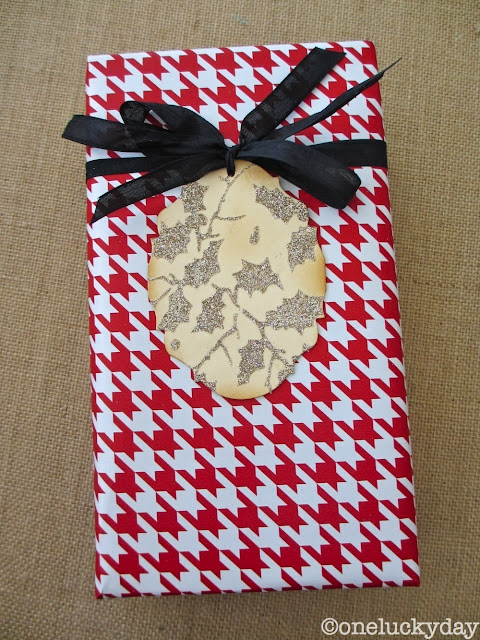 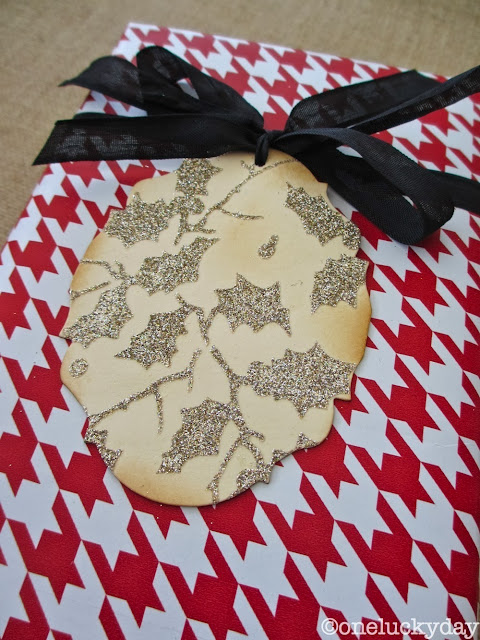 If you don't have the stamp set, then how about a Vial Label?  It is my go to embellishment!  Just add a couple words from Seasonal Chit Chat. 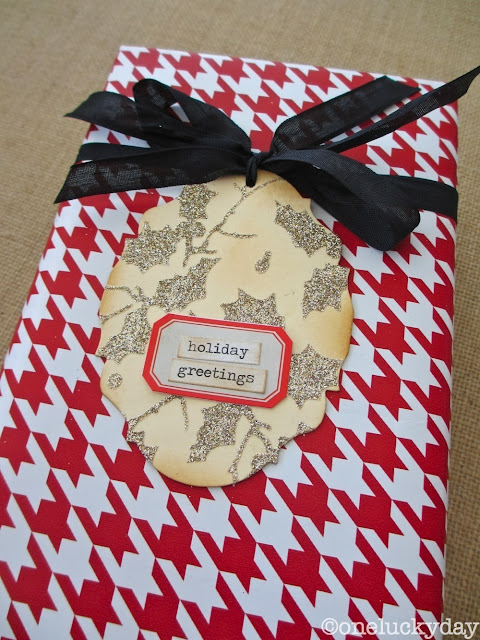 Or how about a simple WISH ticket?  Easy enough. 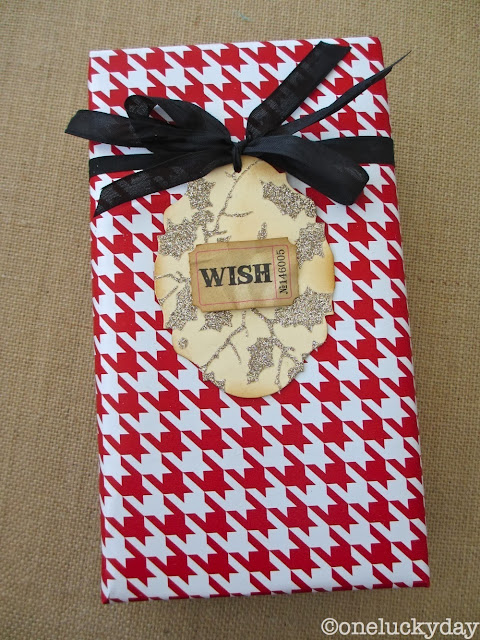 Well I hope one of these ideas spurs some ideas for using the Holly Bough Stencil.  I am already working on something else for later in the month.

As I said before, I have two to give away...just leave me a comment and I will pick a winner on Monday morning.
Thanks for playing along!

Oh, and by the way, my friend Richele is also giving away stencils, so hop on over to her blog and see what she's been up to...it's a winter wonderland!


InLinkz.com
Posted by Paula Cheney at 9:00 AM